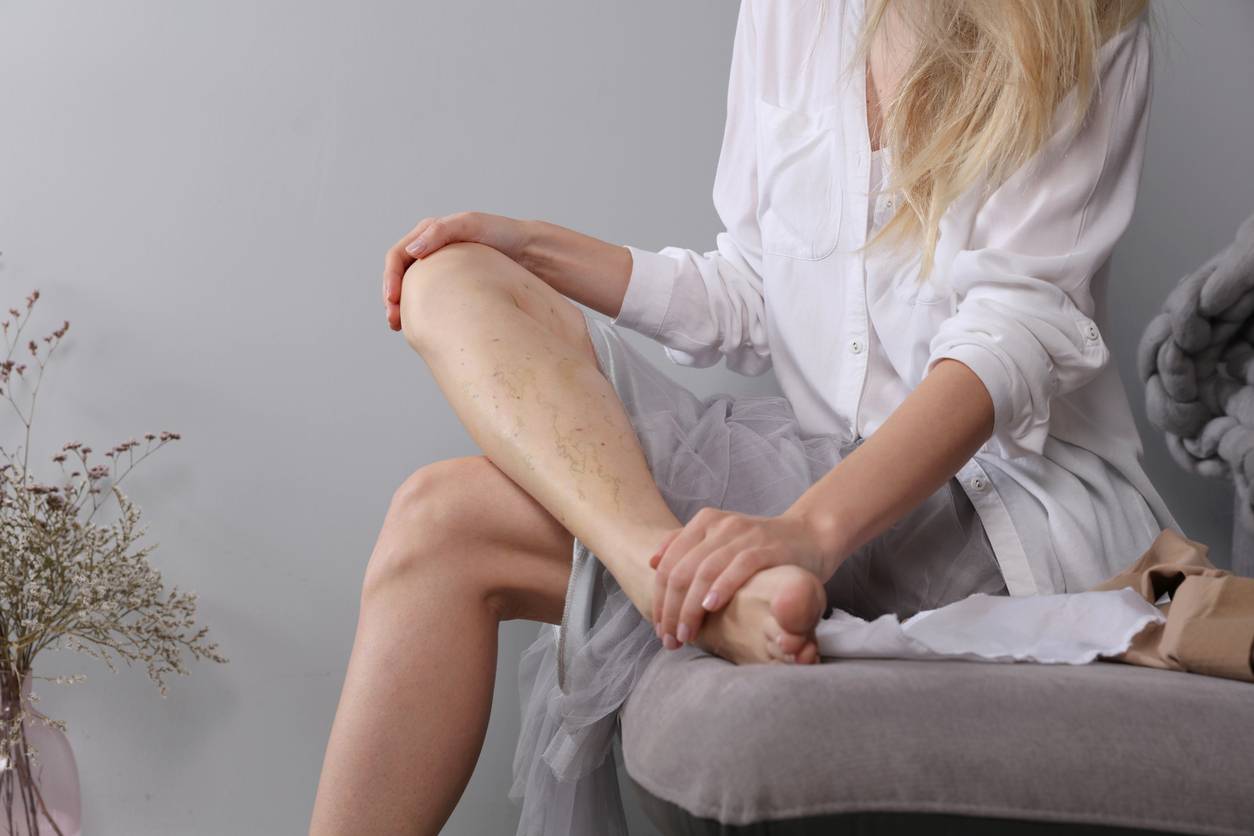 Spider veins are thin red lines or web-like networks of blood vessels that appear on your legs and feet. Spider veins are a milder variation of varicose veins which are larger bluish-purple lines that rise above the surface of the skin. Spider veins are usually harmless, though they can sometimes cause aching, burning or pain, especially when standing or sitting for long periods of time.

If you experience symptoms or are concerned about the appearance of spider veins, treatment options include sclerotherapy or laser treatments. In sclerotherapy, the clinician injects the veins with a concentrated salt-water solution which closes the veins, causing the blood to re-route through healthier veins. Side effects can include swelling, itching and skin color changes in the treated area along with some mild discomfort during injections although most patients tolerate the procedure quite well.

Laser treatments for spider veins work by sending strong bursts of light into the vein which closes the vessel. No incisions or needles are used. The treatment is often less effective than sclerotherapy and can have side effects, including redness, bruising, itching and swelling in the treated area but is certainly an option for people who do not like needles or have had unwanted side effects with sclerotherapy.

For both sclerotherapy and laser treatments, most of the discoloration and spider veins can gradually fade and disappear in 3-6 months, however, they may not disappear completely*. Occasionally, certain veins may need a series of treatments and new spider veins can develop in the same or different areas that could warrant additional treatments.